Racism and Its Effect on Mental Health 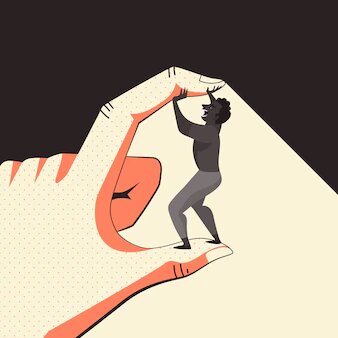 Injustice in the “justice system”.

Each of the youths pleaded “Not guilty.” and were trapped into false confessions. After being claimed guilty by the verdict, the judge sentenced the defendants to the maximum for the charges and their ages. The four youths under 16 were sentenced to 5–10 years each. Wise at 16 was tried and sentenced as an adult because of the nature of the violent felony charges against him, under the Juvenile Offender Law of 1978. He was sentenced to 5–15 years. But the case took a turn when in 2001, a convicted serial rapist and murderer Matias Reyes was serving a life sentence in New York state. He had never been identified as a suspect in the Central Park attack on Meili, although he had been at large at the time.  Reyes was believed to have raped another woman in the same area of the park during the day on April 17, two days before the attack on Meili. Reyes informed a corrections officer that he had raped Meili. Reyes told officials that on the night of April 19, 1989, he had assaulted and raped the female jogger. He was 17 years old at the time of the assault and said that he had committed it alone. Based on interviews and other evidence, the team believed that Reyes had acted alone. Reyes was not known to have been associated with any of the six indicted defendants. He lived at 102nd Street, in what locals considered another neighborhood. None of the six defendants in the rape mentioned him by name in association with the rape.

Here I mentioned a few pieces of evidence of injustice under the “justice system”. However, the cumulative repercussions of history’s injustices are enormous. Although Black people constitute up 13.4% of the population, according to NAACP data, they account for: 22% of deadly police shootings, 47% of wrongful conviction exonerations, and 35% of people sentenced to death have been exonerated. African Americans are five times more likely than whites to be jailed in state prisons. When compared to convicts of other races, black males undergo a disproportionately harsh jail experience. As indicated by the school-to-prison pipeline and greater rates of incarceration for Black juveniles, racial inequities are also visible among Black youth. The evidence of injustice and uneven treatment in the “justice” system is overwhelming. Because the issues are deeply ingrained, widespread, and continuous.

SO, WHAT EXACTLY IS RACISM?

Racism is the belief that groups of humans possess different behavioral traits corresponding to inherited attributes and can be divided based on the superiority of one race over another. It can also refer to prejudice, discrimination, or hostility aimed toward others because of their race or ethnicity. While race is not a biological notion, it is a social construct that confers or denies benefits and privileges. Early in its development, American society developed the concept of race to explain its new economic system of capitalism, which relied on the institution of forced labor, particularly the enslavement of African peoples.

Activist Paul Kivel says, “Whiteness is a constantly shifting boundary separating those who are entitled to have certain privileges from those whose exploitation and vulnerability to violence is justified by their not being white.”

IMPACT OF RACISM ON MENTAL HEALTH

Several studies have shown that racial discrimination has a deleterious impact on mental health, particularly in the development of affective, psychotic, and substance use disorders. The most often reported outcome was depression, which had a similar magnitude of the relationship to the broader category of impaired mental health. A closer look at health outcomes reveals a two-fold difference in the intensity of the link between racism and poor mental health (for suicidal ideation, planning, and attempts, for post-traumatic stress and formal post-traumatic stress disorder). The substantial link between racism and bad mental health raises questions regarding the processes by which racism has an impact on health. Racism can produce disruption of cognitive-affective regions such as the prefrontal cortex, anterior cingulate cortex, amygdala, and thalamus, which are similar to anxiety, depression, and psychosis pathways. In reaction to social rejection, these regions became more active, and their activity was linked to self-reported levels of distress. Racism and discrimination can chip away at your self-confidence. They can make you question your identity and make you afraid to do everyday tasks. Over time, they can lead to emotional effects such as:

The severity of racial trauma varies from one person to the next. The symptoms can resemble those of PTSD in some circumstances. It may cause you to repeatedly replay painful experiences in your mind, affecting your overall well-being.

The following are some of the signs and symptoms of racial trauma:

Racial trauma can damage your capacity to perform correctly, concentrate at work, and maintain connections with your family and friends if you don’t treat the symptoms.

Ways to Deal With Racism and Racial Trauma

Share your experiences: Finding a secure place to talk about your problems can help you feel better. It may also reduce your chances of developing mental illnesses.

Feelings should be named: Racism might make you feel humiliated, dismissed, or alienated. Giving an emotion a name may be empowering and help you work through it constructively, no matter what you’re going through.

Find out what makes you react in a certain way: Try to pinpoint the person, location, or circumstance that has an impact on your mental health. This can help you cope with anxiety and handle trauma.

Look for a mentor or role model: Make a connection with someone who encourages and inspires you. This can help you feel better about yourself.

Allow yourself to be free of triggers for a while: Incidents of racial discrimination can elicit strong emotions. It can wear you down over time. Take a vacation from anything or anyone that might make you feel that way.

The concept of “race” and consequently of racism is not a recent phenomenon and human racial groups are not biological categories, while “race” is a social construction. Racism is strongly linked to bad health, with the link being strongest in the case of mental health and weaker in the case of physical health. It’s a major structural, institutionalized, and interpersonal risk and stress factor for mental health and well-being that needs to be addressed across the board. 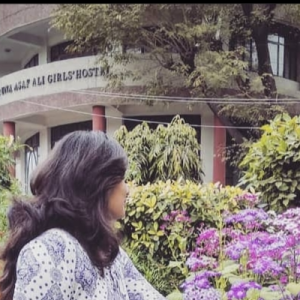