You are working hard and getting drained with work, or you’re facing issues regarding the behavior of your colleagues with you. All such issues come under organizational psychology or in layman’s terms, workplace psychology.
Now we know that Psychology in the workplace is the subject matter of Industrial and organizational Psychology.
In today’s hectic life, the workplace environment can have a crucial impact on a worker’s psychological well-being or mental fitness. As research is increasingly depicting, a negative work atmosphere for employees can lead to various physical and mental health problems, including depression, anxiety, exhaustion, and substance abuse.

It is something to be noted that a toxic work environment has also been tied to insufficient or improper sleep, which increases the risks of obesity, diabetes, and cardiovascular disease, and working overtime has been associated with a shortened lifespan for the employees who are working with all the dedication.

Mental health issues can exemplify in a variety of ways in the workplace, and these include, calling in sick often, withdrawal/isolation, personality changes, difficulty focusing and remembering detail, difficulty organizing thoughts, and other cognitive challenges related to well-being.

According to a 2017 survey, 60 ℅ workers said that work-related tension has increased over the past five years. More than one-third of respondents spoke of excessive workloads and strict deadlines as their biggest concerns in their professional lives. Also, 22% of them were battling to balance both work and personal life. For any organization, they need to realize the negative impact of excessive workloads on their employees and take the steps required to lower the stress on the job. Some changes are needed to ensure a healthy environment for the employees.

Although both females and males face issues regarding their cognitive health in a toxic environment in their workplaces, then also the issues with females are quite higher than the issues with males if we see the data.
A workplace has occasionally been directed as an unfriendly place for females due to the multiple forms of gender inequalities existing there. Some examples of how workplace discrimination negatively impacts women’s wages and opportunities are the gender wage gap, the lack of women in supervision, and the longer time required for women (vs. men) to advance in their professions for themselves. We can say that workplace discrimination contributes to women’s lower socioeconomic status in society as well. Similarly, both the objective drawbacks of lower pay, status, and opportunities at the job and the subjective experiences of being stigmatized, affect women’s psychological and physical stress, and mental and physical health. This is something which we need to address in this regard.

One more problem for working females is sex typing. Sex-typing is reckoned when we hold the notion that men and women are suitable for specific jobs, based on their biological sex, and therefore, occupations are distinguished into gender-typical classifications. For example, jobs such as engineering, technicians, and disaster response are largely considered masculine jobs and are male-typical for the people whereas jobs such as teaching, service-related jobs, and nursing are largely considered feminine jobs that can be called female-typical.

As discussed earlier, discrimination is when someone behaves differently based on a demographic variable, which can be their sex, gender identity, sexual orientation, physical ability, race, etc. The rate of women in the workforce has gradually increased over the years and based on the data, the number of women wanting to work has also risen in society.

The replica of access discrimination is treatment discrimination. Treatment discrimination is when a somebody is paid less or given less opportunity at work. Especially, as it associates with gender, when a female earns less than a male, despite having the same position, post, or potential, or when a woman is less likely to be promoted than a male colleague, despite having the same capabilities and reliability, work performance at work. The pay gap, although improved to some degree, still exists and is sizable in an organization. And this needs to be resolved fully.

It is also said that males have better outcomes after negotiating than females. Males are known to have a convincing way of negotiating. For example, males asking for more at the advent of negotiations may lead to their negotiation of a higher salary than females. As a result, this starting salary difference between men and women then continues to grow gradually.

All the data and research in the field of organizational psychology highlight that we need to bring changes in the way of work and in the working environment to have a less psychological impact on the employees working. And this change is quite necessary. 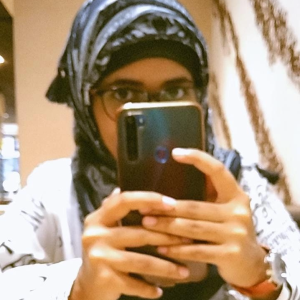